When working outdoors and storms are developing, the threat of lightning is always a concern. The good news is lightning deaths in the United States have dropped dramatically thanks to increased education, improved technology and more availability of lightning data to the public. At a solar or wind farm, a source of real-time lightning data that can generate alerts for safe operations is mandatory.

With regards to operations and lightning at a wind or solar site, let’s begin with the basics. Typically, an early indicator zone is set-up to detect lightning which generates alerts and other forms of messaging to tell the people onsite that lightning is possible. Those early warning zones typically range from 50 or 60 miles from the worksite and act as a head’s-up or early awareness indicator. A lightning strike at 52 miles from a wind farm won’t stop any work but will serve as an early notification to keep an eye on the weather.

Then a second zone that is set-up that acts as a “stand down” zone meaning it’s time to stop working, and retreat to a safe location. That zone is usually set somewhere between 20 and 30 miles from the site. The image below shows the zones in the Indji Watch solution. The zone ranges are determined by the type of work being performed and the type of site being monitored. For example, a site under construction will have a smaller footprint and therefore tighter zones can be set. However, an operational wind farm with over 150 turbines will encompass a large area. Additionally, technicians work inside towers and on blades so the zones need configured to allow adequate time to come down from the tower to a safe location. Therefore, the zones should not be a one size fits all approach. A solar site can be configured with much tighter zones such as 10 and 20 miles respectively versus a wind farm which will need more lead time to move to a safe location. There will also be times when it is safe to return to work even though lighting is still within range of the initial zone. Imagine a scenario where storms rolled through and are clearly marching east at a good clip. They are 40 miles east of your site and moving east at 30 mph. When you view the radar to the west of your site it shows clear sailing and satellite indicates clearing skies and sunshine. In this scenario it’s safe to begin preparing to return to the site and perhaps even head to the turbine in the truck. By the time you arrive one final check can be made with the O&M building before resuming the climb. That approach may just allow you the 90 minutes you need to finish a job before the day is over. The result is a turbine that will operate again and produce power all night versus waiting until tomorrow when crews return to work. Working safely is priority one but working smartly with a solution such as Indji Watch can result in greater productivity on the job site while maintaining a high level of safety. 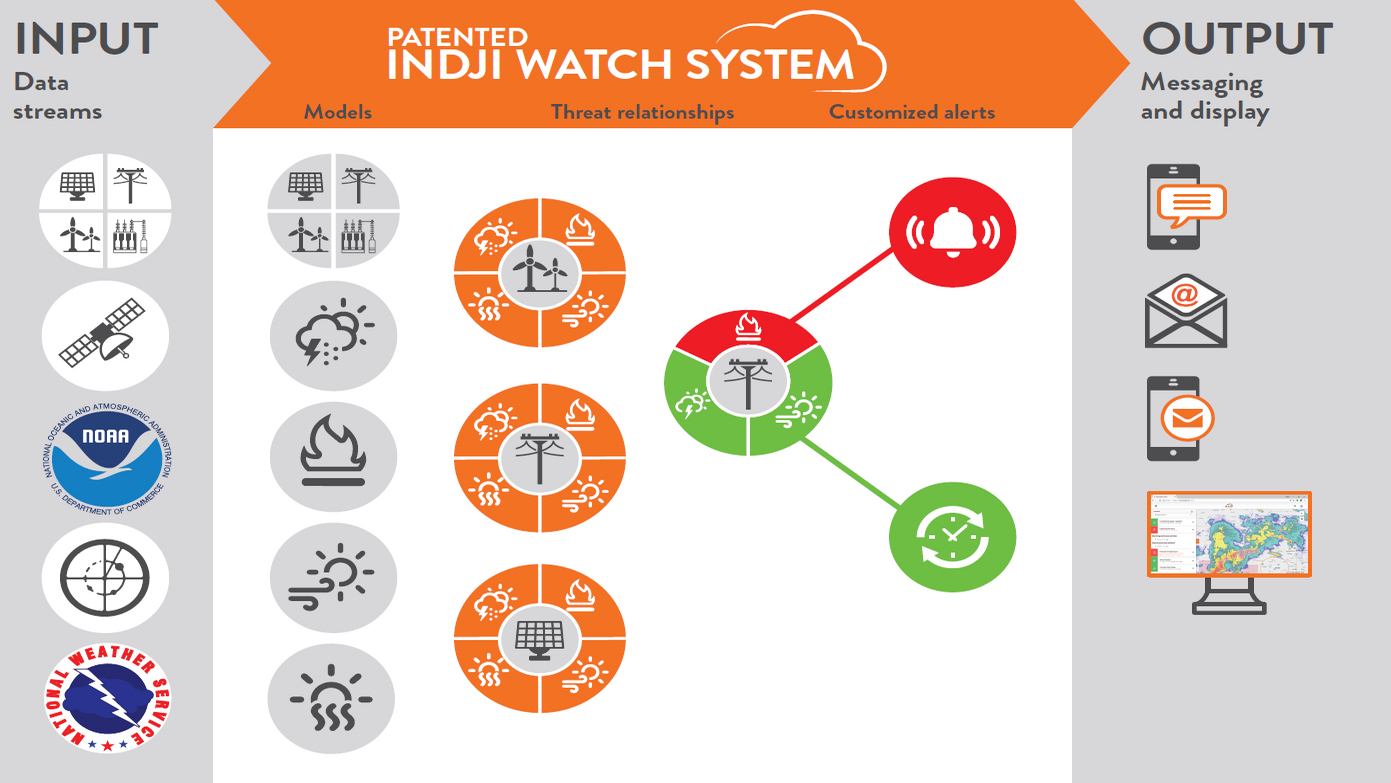 Having tools to monitor weather threats specific to your wind or solar farm right on your smart phone give you the power to quickly assess any actions that need to be taken immediately. 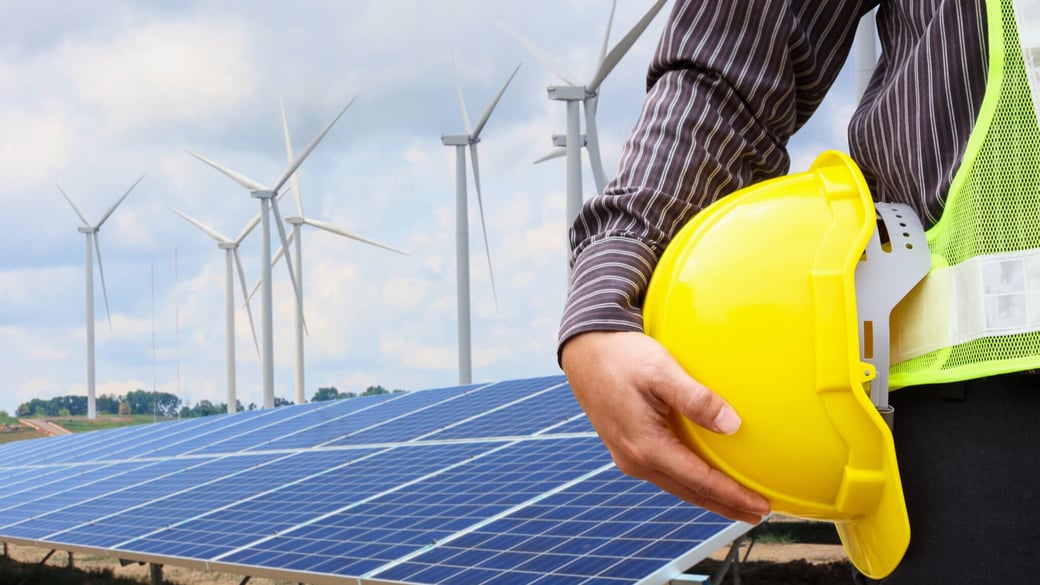 A system that will allow you to see weather threats in relation to your entire asset footprint, are critical to getting accurate and actionable weather based hazard threat information. 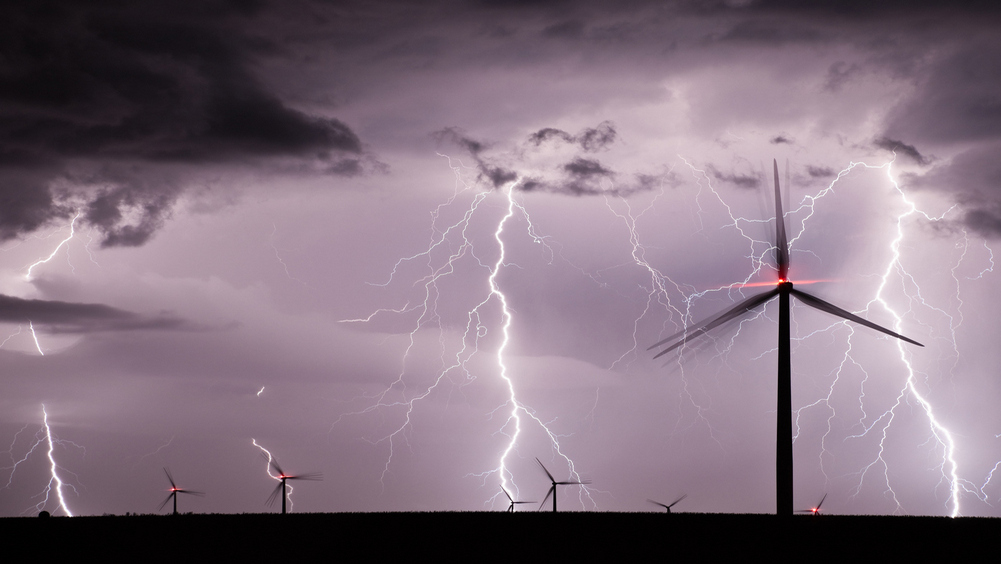 Learn how setting up warning zones, typical safe distances and when it's safe to resume work can keep your operation running at maximum productivity. 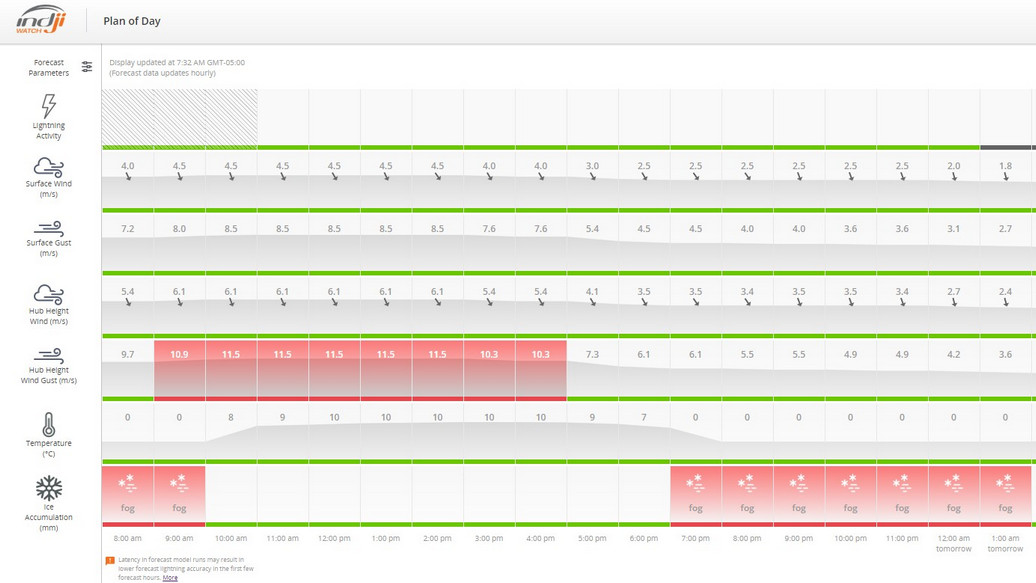 You need a product that you can customize to fit the needs of your operation so intelligent, actionable forecasts and alerts can be delivered to your staff.